Yesterday I described our little Babushka kitchen makeover – new lights, shelving and a coat of paint.  I’m particularly proud of the paint color – bold enough to push me out of my comfort zone. But most of all, I’m excited about the new process I’ve discovered for choosing paint colors.

First, a confession: While I’m absolutely confident in making major life decisions, I completely freeze up when it comes to deciding stuff that basically doesn’t matter – like paint color. My color-picking routine is taping 20 swatches to a wall and staring at them and agonizing for weeks on end. Even then, I only get it right about 50% of the time.

Then, a few weeks ago, I was reheating a cup of coffee, which is how I spend most of a typical day. I watched my favorte mid-Century Fiestaware mug slowly twirl on its carosel in the yellow spotlight of the microwave, and then it hit me:
I need my kitchen to be the color of this coffee mug.

The problem was, none of the paint colors taped to my kitchen door even came close to that Fiestaware mug. Then a friend of mine let me in on a little secret: The local paint store can scan that mug and match the color! My pal Holly – professional purveyor of vintage clothing — told me she even got them to scan a manequin arm so she could touch up its paint color.  My ignorance was blissfully shattered.

Sure enough, the boys at my local chain paint store were able to scan the mug and formulate my custom paint color. They even dropped a sample blob on the bottom of the cup to test for matchiness:

I was thrilled! My kitchen’s combination of dark walnut floors and seafoam green walls makes me feel like I’m living inside of a 1950s coffee mug. Which isn’t nearly as terrifying as it sounds.

But Holly’s manequin arm story got me thinking — are there any limits to what you can get them to scan at the paint store?

To find out, I called up about 30 paint stores, mostly in Chicago (plus a couple in the suburbs, in St. Louis and in New York City).

First, I confirmed that each store possessed a machine that could scan items to match their color. An overwhelmingly enthusiastic employee at a paint store on the south side of Chicago (87th and Pulaski), explained it to me this way:

It’s like an x-ray machine, but it looks like a shoe! We shoot an x-ray on [your object] and the computer will tell me how to make the formula, for REAL! The machine is like, really really on. Like, it’s just ON.

I’ve lived with enough superhero fans to know that when x-ray technology falls into the wrong hands [at the paint store], the result can only be a [paint-related] super hero, or even super villain. And if we don’t give this Paint Villain a jazillion dollars, he’ll threaten to “cover the earth” with a thick, blood-like paint, just like the logo of this unnamed paint store! 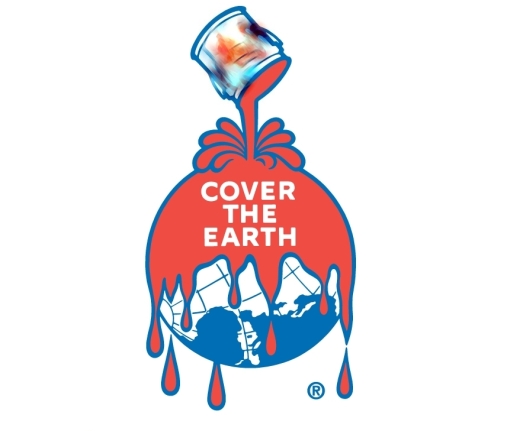 The villain has also pushed the earth off of its normal north-south axis, which will inevitably cause tsunamis, widespread crop failure and toilets to flush the wrong way. The southern tip of Africa will dip into the Antarctic Circle. And that’s BEFORE the paint smothers us all in the end.

Anyway, then I asked the staff at each paint store:
WHAT’S THE WEIRDEST THING THAT YOU’VE EVER HAD TO SCAN?
Here’s what they described:

And finally, the award for “Most Unnecessarily Diplomatic Answer” goes to this fellow from the south side of St. Louis:

People bring me all sorts of things. I don’t judge, ma’am. It’s not up to me to decide what’s weird and what’s not weird. I’m a paint professional and I respect people’s choices.

6 thoughts on “Too Weird to Scan? A Revolutionary New Approach to Choosing Paint Color”