Today, I’m celebrating Projectophile’s 26th post!  Sure, most people celebrate the 25th incident of something, but I got sidetracked by the Poor Man’s Barcelona Chair, and was compelled to mess with that project first. 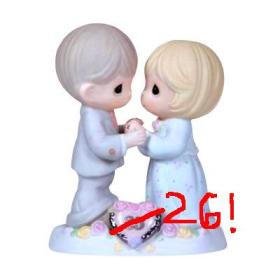 And yes, blogging about blogging is as uninspired as writing about writing.  Or dancing about dancing. Or, fill in your own [VERB] about [SAME VERB IN GERUND FORM].

Six months, 26 posts and 300,000+ visitors later, I’d say it’s going pretty well — as far as unpaid work goes.  But the only way to get paid is to run ads.  And I get most of my project supplies from 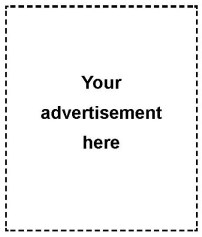 places that don’t regularly advertise, like the alley or the thrift store or neighborhood yard sales.

But even if this blog never makes a dime, it has given me the richest reward of all:  Laughing at other people.  You see, WordPress provides me with a daily list of the search terms that were used to find this blog.

Now, most of you found Projectophile from a link on Facebook (are any of you on Twitter?), or Apartment Therapy, or — for a terrifying week in April – former Bush speechwriter David Frum’s blog on the Daily Beast. Hi NRA members and weird government conspiracy theorists! Love you!  No need to shoot. 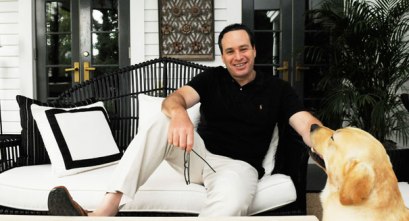 But a whole lot of you found my little corner of the internet through good old fashioned Googling. I’d like to think that – even though this wasn’t exactly what you were looking for – you never regretted clicking that link.

And based on WordPress stats, it appears that most of you Googlers are a severely paranoid bunch.  At least half of your Google searches are some variation of the question “Is Craigslist Dangerous?” *  In second place are those of you who want to know if Modern Design is Dangerous (it is).  And a small minority of you want to know about Grandpas, or Waterbeds or Death or Jim Croce (who, coincidentally, died on a waterbed with his grandpa). 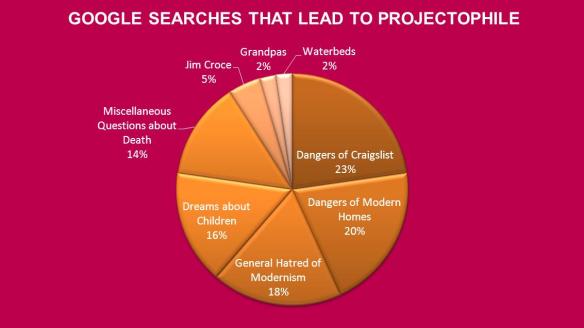 To celebrate my 26th post, I’ve handpicked the search terms that have brought me the most side-splitting (and head-scratching) giggles over these last six months. Let’s see just how strange my new readers actually are!

Top 26 Most Bizarre Search Terms that Brought You to Projectophile:

* The answer is, “Only if you consider ugly furniture and flaky buyers without exact change to be dangerous.”

** Yeah, I had to look it up as well.  This is a misspelling of chiropterophily, a term that botanists use to describe flowers which are primarily pollinated by bats.  Bat-pollinated flowers are light-colored, open at night and have strong odors. Did you know that bats can identify nectar-producing flowers using echolocation?

5 thoughts on “So, you Dream of Killing your Kids? The 26 Most Bizarre Google Searches that Brought you Here”